“ Turning 30 did not change much in life. I got my first children quite early (21 yo) and all responsibilities came at that time…” 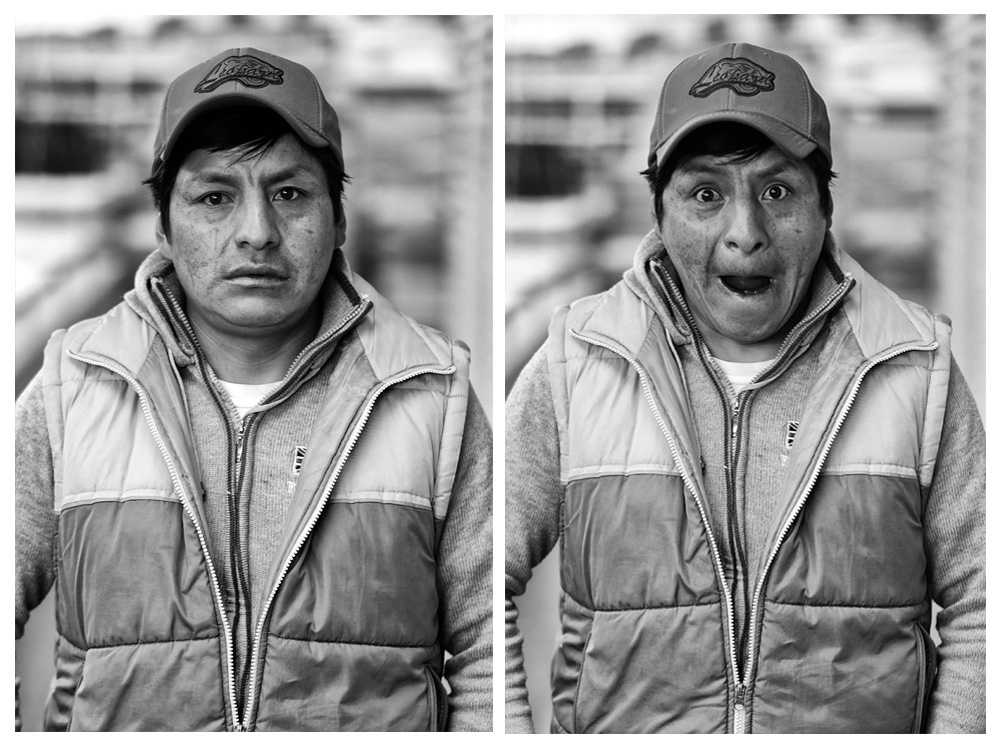 JOB – How did you decide to do this job? Before my father’s death, I was planning on studying and being military, but this event created financial issues since he was the only income one working in the family. I was the older boy and had to start working a few months later… I started to work at the mine because it was the only kind of job that I could get in Potosi. I did not really had options…

Before my father’s death, I was planning on studying and being military, but this event created financial issues.

I always thought that I would stay in the town I was born, Potosi, close to my family and to my mother. If I would go my mum would miss me too much and cry… I have always wanted to be close to her.
Nevertheless, if I would have been a military, I would have had to move to Sucre or to the capital (La Paz). 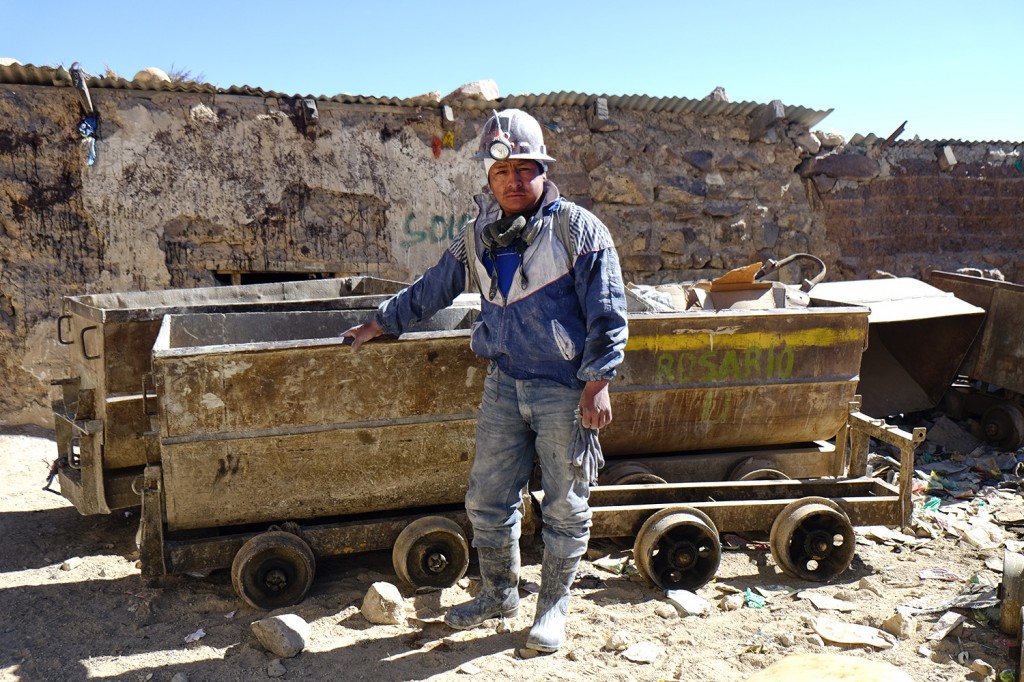 Oscar works as a minor in the Rosario mine in Potosi in a team of 7 people. 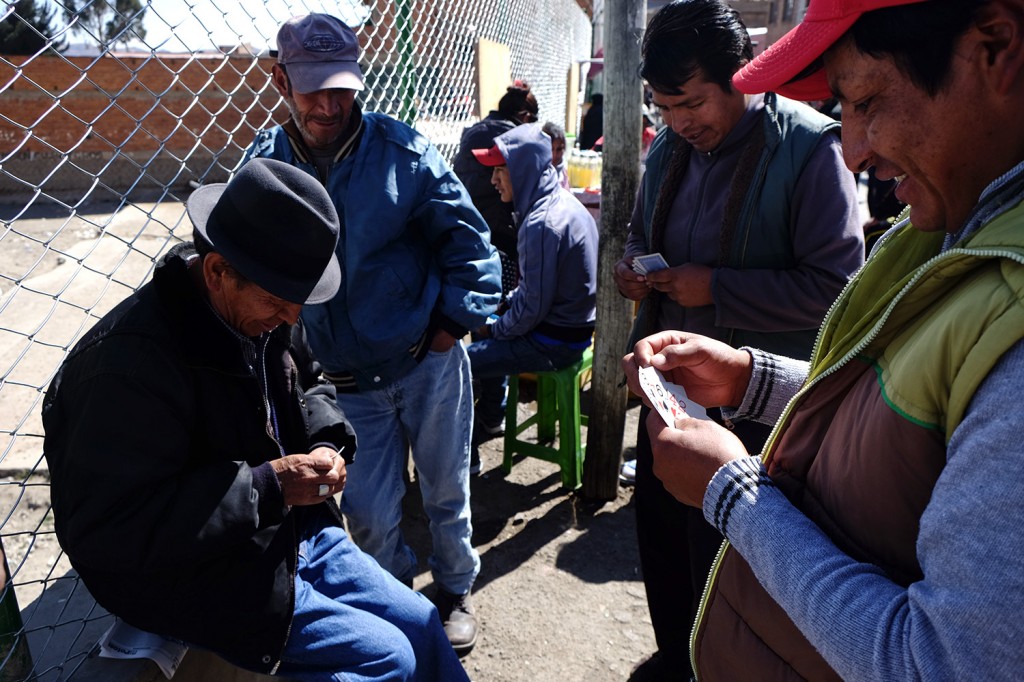 Oscar enjoys playing cards with other minors on Sundays and on its free time.

The event that affected me the most was definitely the death of my father. He was only  37 and died from “Mal de mina” (Minor’s sickness) which is lung cancer. At the time they did not have as much as protections as today. Very few minor from these days are still alive`. I remember exactly how it happened…I was at military service, and was warned by radio that my dad was dead… and that I had a two-day permission to go see my family. I got there in time for the wake, with all my family. I still had to complete military service but didn’t want to go back because I was the older son and it would be very hard for my younger brothers. But my uncles told me they would take care of them meanwhile I finish military service..
Like I said previously, this event really changed my plan and my life…

Another important event would be the 4 urban football titles my team (made of member of my family, brothers and uncles) won in a row (2009, 2O10, 2011, 2012). The prize is a living llama and every time we had this giant barbecue with all my family… Amazing moments! We are still playing but lost last year! Football is very important in Potosi and there are other very good teams as well.

In 2007, there was a demonstration in La,Paz that gathered more than 10 000 minors of the whole country. We were claiming retirement subsidies because they were too low and retired minors could barely live. We managed to obtain what we asked but was not without pain… I was there and remember that we fought against the police because they didn’t want us to demonstrate.

My best memory would be the trips we would make at school when I was in college when I was around 15/16, we went to La Paz, Cochabamba, Santa Cruz. I have great photos and amazing memories of the time we spent together. I am still in contact with most of these friends. Today some of them are nurses, teachers, and some leaves in other cities. But we still see each other once or twice a year.

GREATEST ACHIEVEMENT – When I played footfall, around the age of 12/13, people would praise me… Always telling me that I was good player and so on. Managers of other teams wanted me to play to them. But it did not really interested me cause I wanted to stay with my friends in my team.

10 YEARS AGO, At 20, I thought I would be still single at 30. I did not really think about having a family. Life in the mine is very complicated because revenues are not stable… Sometimes we are able to extract a lot of minerals.. sometimes less… We are all self employed and our revenues are very fluctuant. That may be one of the reasons why I did not really think about family… even if I already knew the woman who would be the mother of my children…
On a professional ground, I thought I would have made enough money to buy a car and get off the mine. Be a driver for instance… get a less difficult job. A normal and real job… in which I could go home for lunch… Less hard, safer… in the mine there is at least one accident per week…
I was not abe to get enough money to buy a car so I coudnt change job… The money I made was enough for food and clothes but not more… prime needs were covered…

TODAY, I am the happy father of 2 children… my first son was born when I was 21 and my daughter two years later. Their mother and I ate separated for a few years now…
As you have seen I still work at the mine because I was not able to get enough money to buy a car in order to change job… The money I made was enough for food and clothes but not more… at least basic needs were covered… 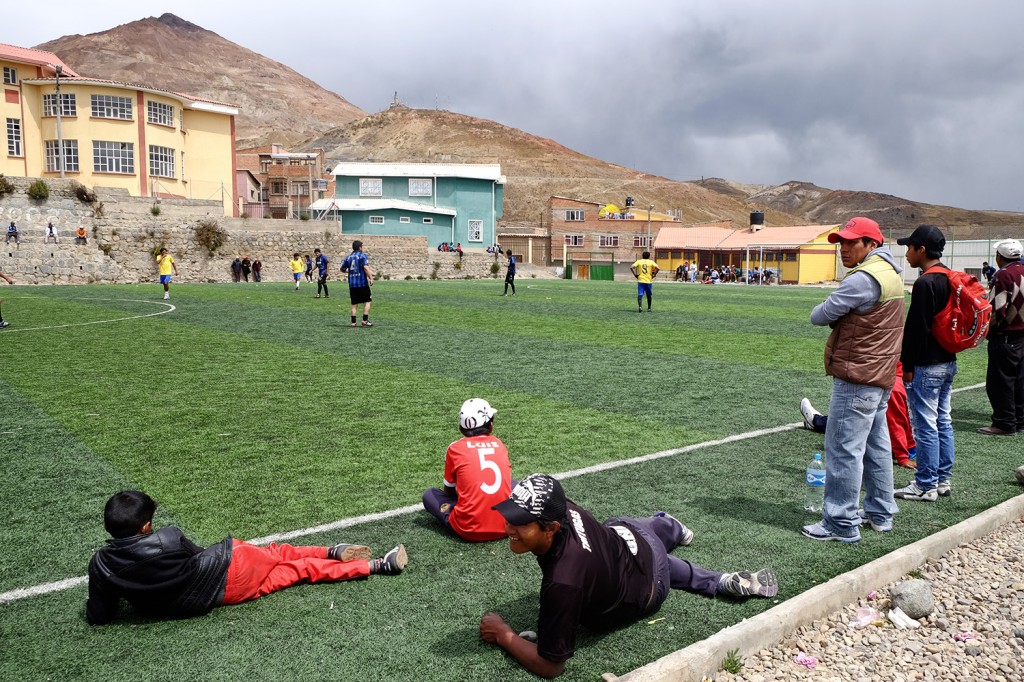 One of Oscar’s passion is football. Here he is watching a football game in which 2 of his brothers play. He also plays in an urban football team with members of his family. 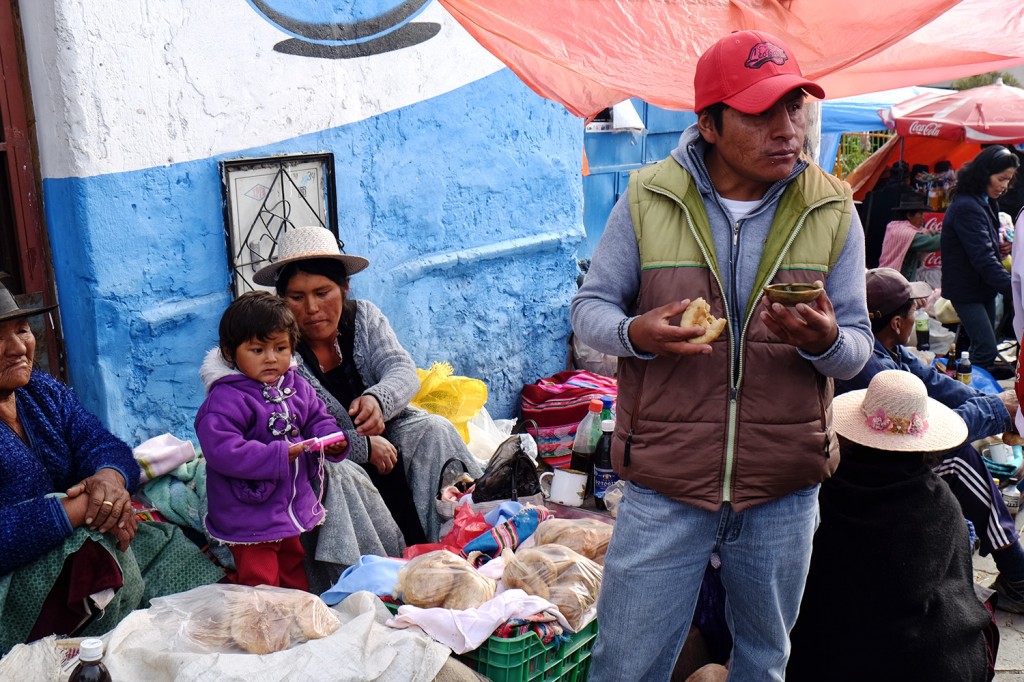 Oscar eating some local bread with honey at the local market in Potosi.

WHAT’S NEW? – Did you notice some changes since you are 30 YO? I

Not really… Turning 30 did not change much in life. I got my first children quite early (21 yo) and all responsibilities came at that time…

OLD OR YOUNG? – Do you feel « old » or « still young »? I definitely still feel young! I am well fit, exercise a lot, play football…I have many younger friends and when I see old people I tell myself that I am far from being like them! Nevertheless, In my mind, I feel a bit older, a bit more wise… I really enjoy to spend time with younger people, give them advices, tell them not to do bad things (drinking, drugs etc). just help them the best way I can. Maybe the 30’s is an age when people are more mature and can start giving advices…

CHANGES OR REGRETS? What are the things you would like to change? I don’t really think that I would like to change something in my life.. But maybe I wish I had a “lighter” and less dangerous job that would give me a longer life… minors only make it to 50/55 yo… with a stable income that would allow me to plan my future a bit more… 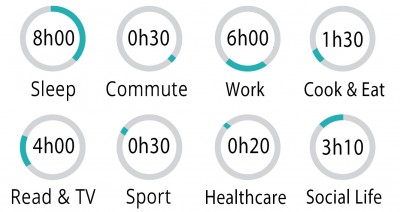 YOUR STORY IN 10 YEARS – What is the story you want to tell within 10 years?
I think that by then I will be able to by a car and get off the mine, working for myself, which will allow me to spend more time with my children.
I think I can still make it up with the mother of my children because the main reason for our separation was our financial problems… She often was worried when I did not make enough for the family and we would fight a lot.
I really want to take care of my family and the studies of my children. I would do anything for my son, David, not working at the mine.

I think Bolivia will get better. Infrastructures are getting better (roads for instance) and our president (Evo Morales) is trying to develop the industrial sector by launching new plants (paper, cardboards ,lithium for batteries for instance).
On October 12th 2014, there will be presidential elections and I think he will be elected again, allowing him to pursue this policy. I think he will be re-elected because he is closer to the poor people and helps them.
He also emphasizes on education trough several incentives (families get money from the government for every children that go to school from 1st to 6th grade ; students who complete their bachelor year get a free computer). I think that these measures are very important because education is the key for our future and the development of Bolivia.

FEARS – What are you afraid of?  I am not afraid of the future, we will see what the future has in store for us… Maybe I fear death but I don’t think about it everyday!

ACHIEVEMENTS – What are the things you want to achieve?  Like I said before, I really want to get off the mine and get a real job…

DREAMS – What is your craziest dreams?  I would like to be elected president of the miner’s cooperative I am affiliated to. This would enable me to help the workers and their lives. For instance today there are football schools for the children of minors, classes for minors’ wives. Another goal of the cooperative is to find new mineral sources in which minors can find more minerals. To give you an idea, in my cooperative there are around 3000 minors. In Potosi, there is around 47 cooperatives in Potosi for 12 000 minors.