“ Turning 30 actually changed one thing… I definitely have to think about getting married! ” 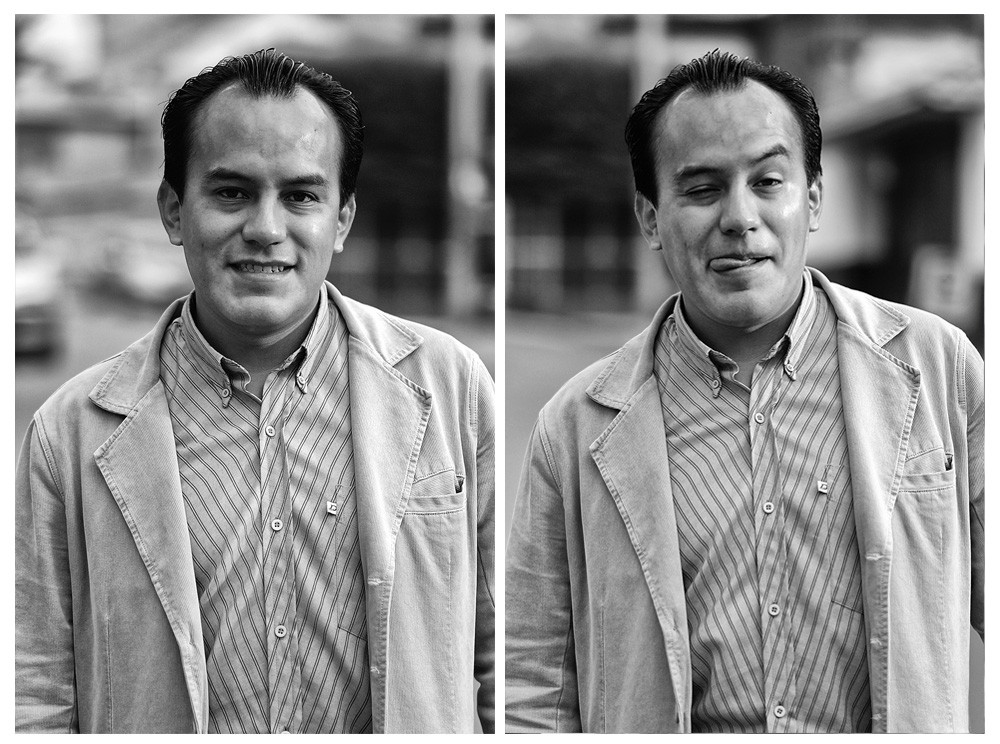 JOB – How did you decide to do this job? As a child, I thought I would be a video game programmer… Why? Because as a child, I owned an Atari and the first Nintendo. I really played video games quite often and loved it, but a lot of things did not seemed right when I was playing ☺ so I wanted to program them myself! But at the time, I did not think I had to study to be able to program!
I have to admit that I have never been a good student but was lucky in my studies because the course I studied (Electro Mechanics) was quite new in Bolivia and therefore selection was not very hard.

I thought I would be a video game programmer… Why? Because as a child, I played video games quite often but a lot of things did not seemed right when I was playing!

HOME / PLACE OF LIVING – Where you thought we would be living by now? As a child, my father would often take us to other cities in Bolivia like Cochabamba because he is originally from there. He came to La Paz because of his studies (at the time, engineering was only taught there). I remember that I have always liked this city and told myself I may live there… I did not wanted to live in La Paz because it is way too cold! 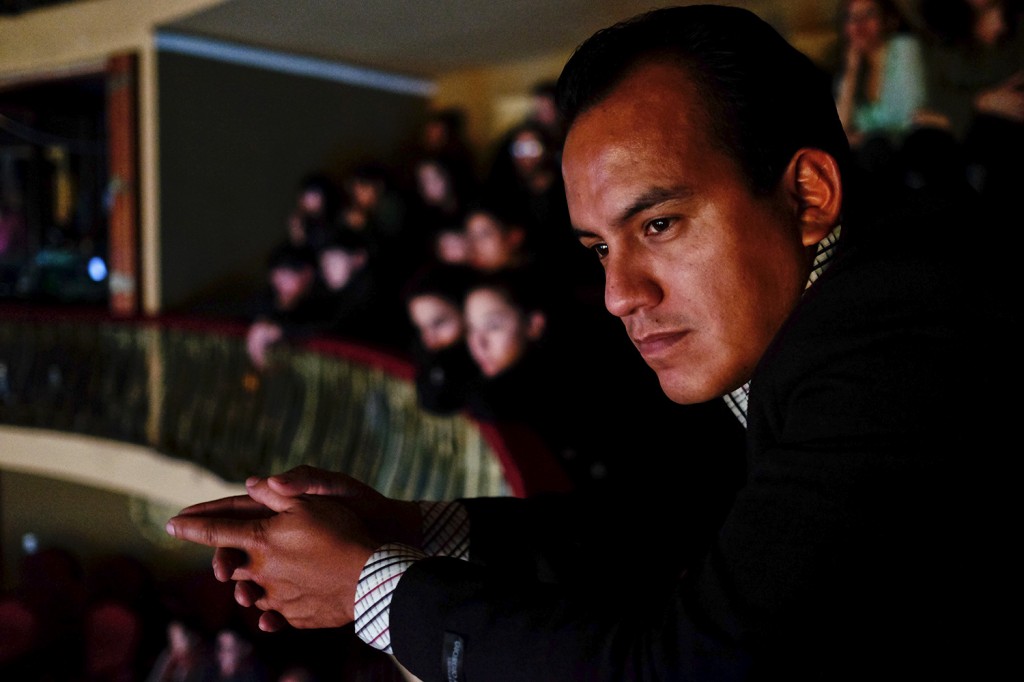 Alvaro enjoying some live music at a Jazz festival in La Paz. 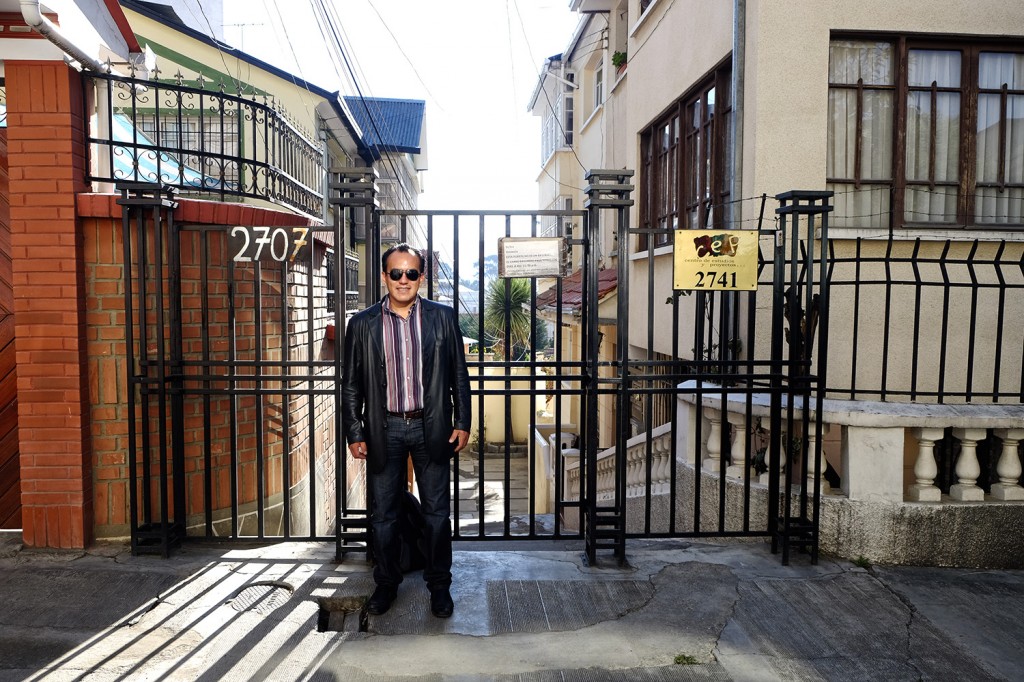 Alvaro lives in a falt located in Sopocachi neighborhood of La Paz.

I think that all my achievements are memorable events in my life.

For instance being engineer, I am the oldest son and made it. In Bolivia being engineer is very important and means a lot (especially at the time I graduated). I was also proud of competing these studies because I was one of the first engineer in Electro Mechanic in Bolivia because before this course was not taught.

I also managed to get grants to complete my studies. These grants paid for my whole studies from university, and especially for my studies in Brazil where I spent two years.

At work, out of 4 managers (each one is specialized in an area like Photovoltaic, Biomass or Hydrolic pangs in my case) I am proud of being the youngest manager. And at university, where I teach Electro Mechanics I am also the youngest teacher.

One major event was also my experience in Brazil that enabled to widen my mind. Bolivia is a very narrow minded country. For instance, homosexuality is discriminated in Bolivia and I never would have thought having gay friends… or live with one… Which happened in Brazil! But I did not let my parents know because it would have been a shock for them!

My answer will not be very original for a Bolivian… I think that many people from my generation would have the same… when Evo Morales got into power 8 years ago, after the previous president had resigned 12 years ago. Suring these 4 years of transition, we had a few presidents and they all resigned until Evo stabilized the situation. During this period people showed their discontentment with many strikes, demonstrations and blockades… From one day to another, everything could change… Food was no longer available in stores… classes at university were canceled…Supermarkets would close and those that remained opened had very long queues… This situation could happen for a few months in a row… This was mainly a problem in La Paz because it is very to cut supplies due to the inland access: there is only one road that goes in and this roads passes through El Alto… one of the poorest cities in Bolivia.

Evo was the frist president elected with such a high percent of votes and he changed a lot of things, he is much closer to people, and actually I can even say there is an impact on my job because under his government I can directly speak to a minister, which used to be very complicated. He also valorizes much more the indigenous cultures (Quechua and Aymara are taught at school).

I would choose a memory with all my family, gathered, at my sister’s wedding for instance who got married last year.

I also enjoyed school trips that I would make younger with my friends ☺ (from 6 to 17), sometimes there was also my sister and brother which was very fun!!

Another one would be Brazil… On the beach drinking beer, free concerts and beautiful girls everywhere ☺

Like I said earlier, I am proud of a lot of achievements related to work, studies and teaching.

10 YEARS AGO, I thought I would be married with children and a dog, living in a house… and being a bit more fat!
On professional ground, around 20,I already had chosen my “way” which was Electro Mechanics but would never thought that I would study a Master and live abroad. Actually, when I entered public university it was very well seen by all people from my family and they all (including me) thought I would have a great job.

TODAY, well… I have the dog! And on a professional ground I have to admit that I am quite disappointed with working life! Even my family still sees me as somebody very successful since I am an engineer working at the ministry.
Being 30 YO, a turning point?
WHAT’S NEW? – Did you notice some changes since you are 30 YO?

The fact of turning 30 did not really change anything. Or at least I never thought about it. But actually there is one thing… I definitely have to think about getting married! In Bolivia, people get married much earlier like 26 or 27 and by 30 already have a couple children. I spent 2 years in Brazil and came back when I was about to turn 29. I thought that I would go out with my old friends but meanwhile most of them already had settled in their family life. 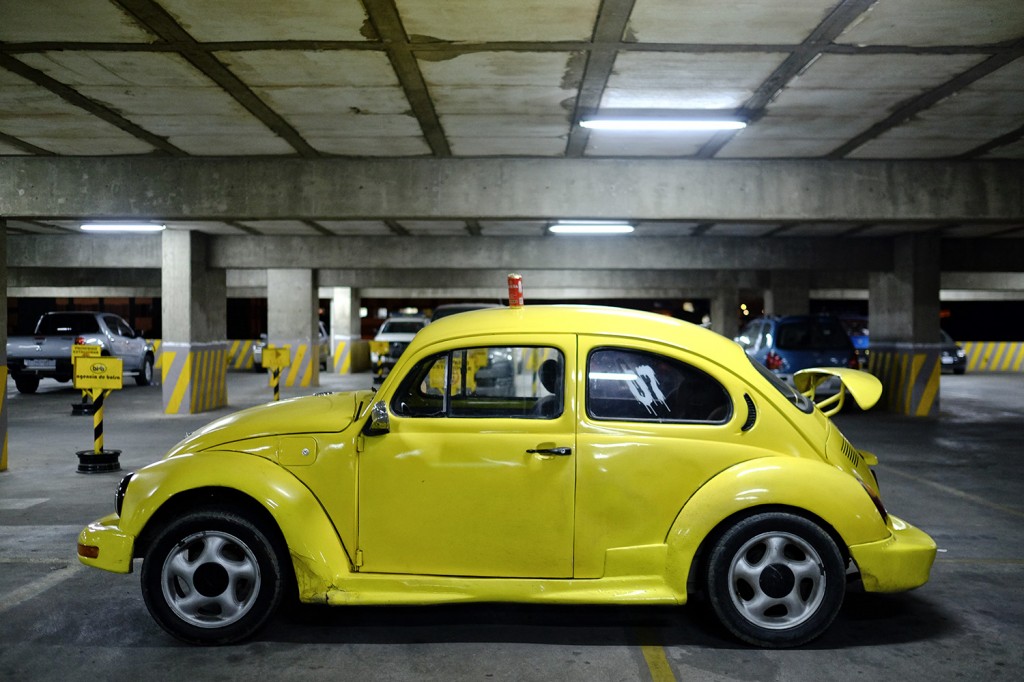 Alvaro choosed 2 objects: his Volkswagen Beetle that he recently purchased because he loves cars… And A can of beer, his favorite drink! 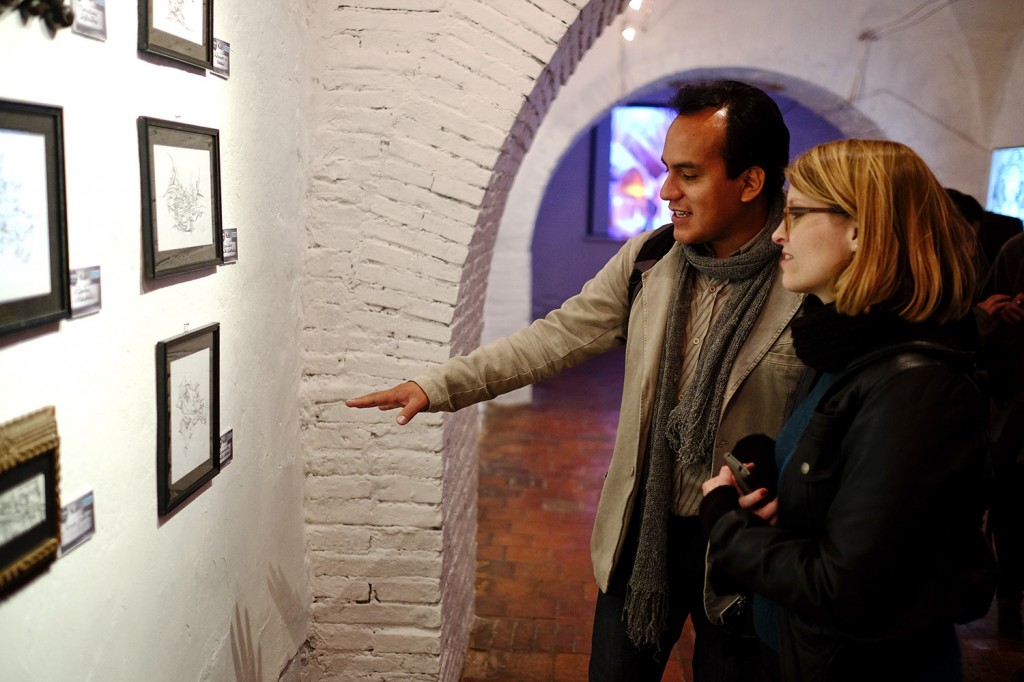 Alvaro and a friend of him spending some good time at an art exhibition in La Paz.

The fact of turning 30 did not really change anything. Or at least I never thought about it. But actually there is one thing… I definitely have to think about getting married! In Bolivia, people get married much earlier like 26 or 27 and by 30 already have a couple children. I spent 2 years in Brazil and came back when I was about to turn 29. I thought that I would go out with my old friends but meanwhile most of them already had settled in their family life

10 years ago, I thought I would be married with children and a dog, living in a house… and being a bit more fat!

Depends on what and when…. I play in sports teams made of teachers so I am the younger… but when I am giving classes to my students I really feel old! They look so young (even if I give classes to student that are in the end of their studies)… Seemed only a few years ago that I was sitting there…

I would have liked to finish the university earlier… My father always says that one thing leads to another. So if I would have finished earlier, I would have been to Brazil earlier and get more experiences at a younger age. 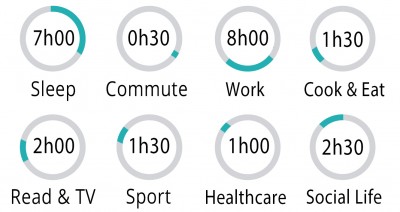 YOUR STORY IN 10 YEARS – What is the story you want to tell within 10 years? Maybe married… or maybe not!!  But if yes, I would to marry a woman from outside of Bolivia. Since I finished university, my life has seen a lot of changes and I love it. For instance, I never had a job for more than a 2 years, and always changed. So in 10 years I will not work in the same job…. But I’ll keep on working in the energy sector for sure. Maybe I will have my own business… Which I already have had a few years ago (design and construction of hydraulic projects).
In 10 years, I hope I would have had another experience abroad and have come back by then.

THE WORLD IN 10 YEARS – How do you imagine the world you will be living in within 10 years? In Bolivia… Evo may as well still be president in 10 or 20 years… Carrying his policies.
I think that the world will be more global. I hope that Bolivia’s GDP will rise and that new industrial leaders will emerge. Maybe Bolivian will no longer be the least developed country in South America… But I do not really see which country we can overtake!

On a world level, China will soon become the world’s first power. The most powerful language may become Chinese… and instead of English and we will all have to learn Chinese!!!!

When it comes to scientific progress, I think that cars like we know them may no longer exist… they will be electric.

FEARS – What are you afraid of?

I fear having an accident that would make me become crippled and that I would have to depend on somebody. If I ever had an accident, I would rather die that be crippled and loose my independence.

ACHIEVEMENTS – What are the things you want to achieve?  I would say getting married… even if it is no big deal if it does not happened. Tough I would like it to happen.
I think one think lead to another and with your questions I am realizing that I never really thought about future… The only think I don’t want is regression (getting a worse job than the one I have today for instance) and always need to go higher.

DREAMS – What is your craziest dreams?  I don’t know if it is crazy… But I would like always get new experience: travel, discover small islands and try these crazy outdoor sports…