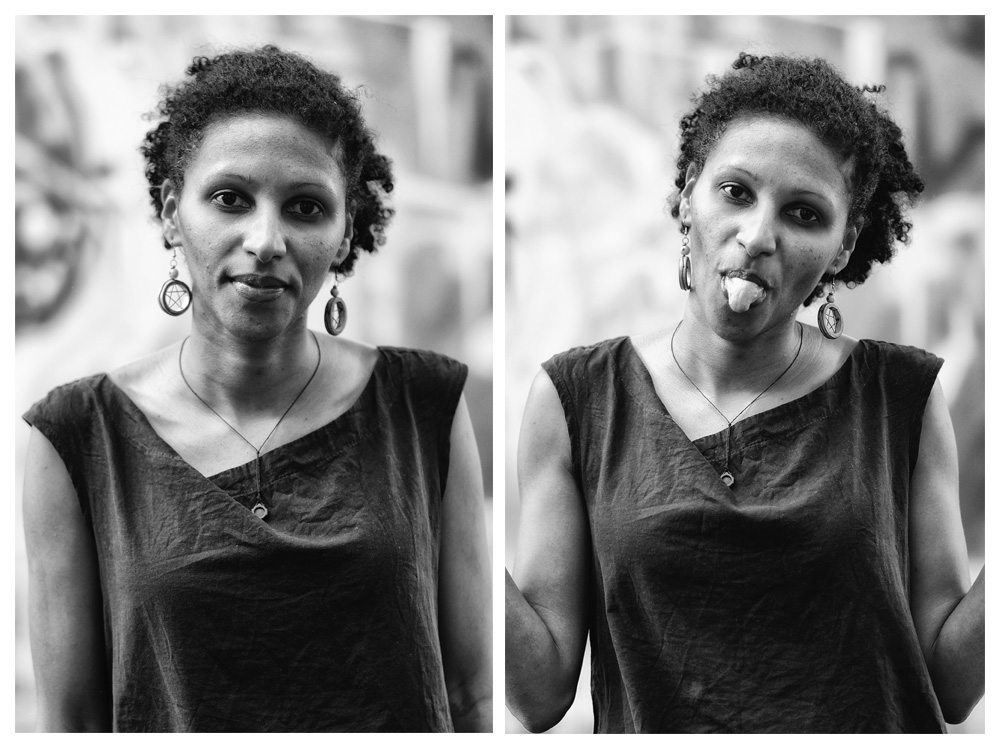 City of Birth : Paty do Alferes

As a child I wanted to be a veterinary, I liked taking care of animals so much! Could not see myself doing another job! A bit later, I was dreaming of becoming a biologist, especially in order to work with the turtles. Growing up, I was working with the church, helping more and more people. Several years later, after a serious car accident, I had a revelation: I wanted to work with people… I really wanted to help them.

After a serious car accident, I had a revelation: I wanted to work with people… I really wanted to help them.

The only thing I knew at the time, was that I did not want to live in my birth city (Paty do Alferes, near Rio de Janeiro). I was projecting myself somewhere else without knowing where precisely. When I started to study at the university, I had a much better idea of the place I could live in and I definitely like Rio de Janeiro. 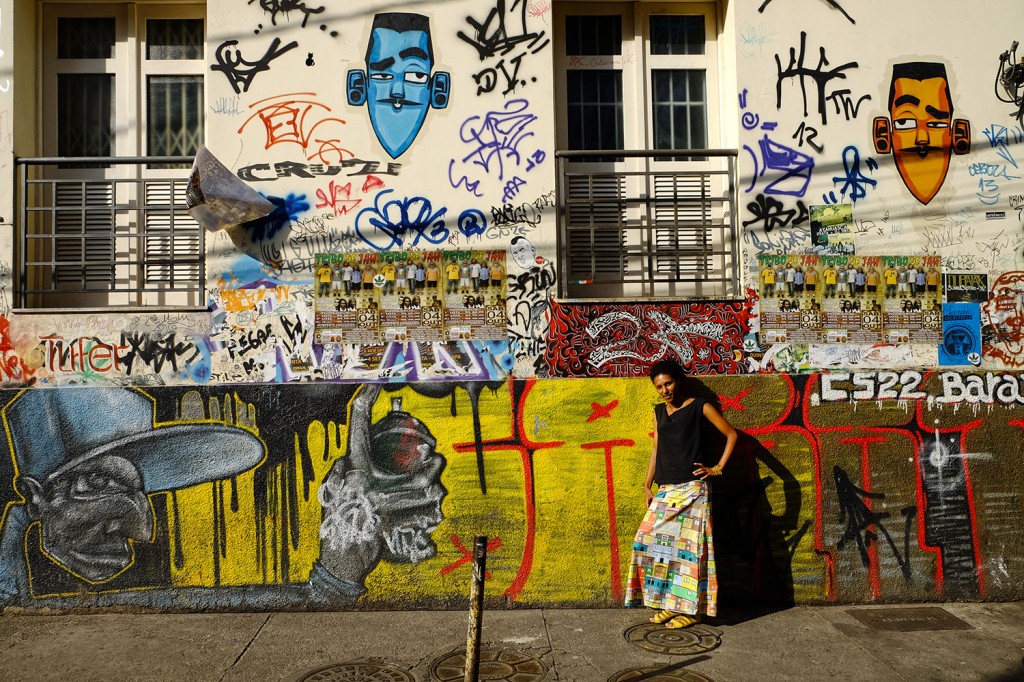 Cristiane in front of her colorful tagged appartment in Lapa (Rio de Janeiro). 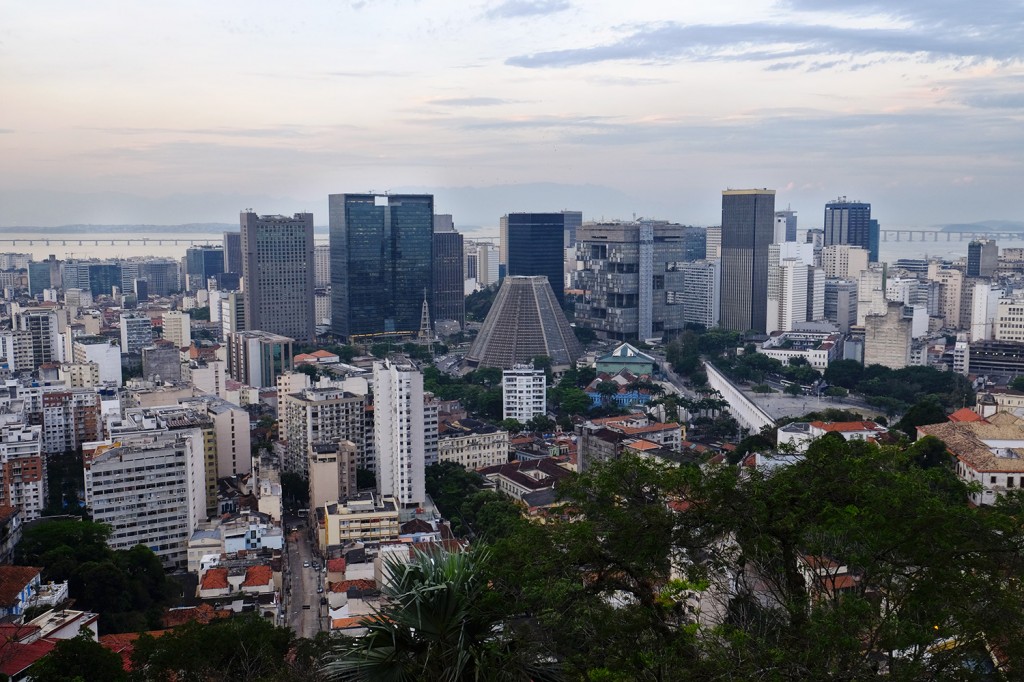 Cristiane‘s favorite spot in Rio is this view of the city… from an old restaured theater… Grogeous!

IN YOUR PERSONAL LIFE – What are the most memorable event of your personal life? I have plenty in mind. 1- When at 8 years old, I played my first role at the school theater, it enabled me to be much less shy. 2- When I was victim of this car accident, it was like if I had been given a second chance, which made me change career. 3- When I moved alone to Rio de Janeiro, it was quite an adventure… and 4- The first birth of a baby in my family, my nephew who brought a lot of happiness.

IN THE WORLD – What are the main events that stroke the world you are living in? I can see violence in Brazil, in particular in Rio de Janeiro… Almost every day, I have the feeling to not be safe sometimes. Due to the neighborhood where I work, which is a bit dangerous, I witnessed 6 shootings over the past year. In 2013, I have also been shocked when the government wanted to suppress the right of demonstrations after some protests in the streets. People fought against it to defend their liberty and democracy,… which are so important in the world we live in.

BEST MEMORY – What is your best memory?  Last April, I went to visit an indigene tribe in a remote part of Brazil called Mebengokré Kayapo. I lived in their village with them. I found myself there… It was an incredible memory difficult to describe. Go and see the picture on my Facebook and you will understand what I mean (smiles).

GREATEST ACHIEVEMENT – I am proud of living my life, full of small but meaningful and rewarding experiences.

10 YEARS AGO, I pictured myself as a married woman and a happy mother. I wanted the “safety” of being happy by having my own family and I felt I had to decide at my 20s before it was too late. I was seeing myself working in the social area, as I was already working a bit with people and children who needed it in my hometown.

TODAY, my life is quite different from what I pictured 10 years ago. I am really happy with what I have built so far. When I look at old pictures, I don’t really recognize myself, I was not truly myself before… compared to the person I am now. I did not get married, but I am happy without it: in my opinion, being with someone is an option not a necessity. 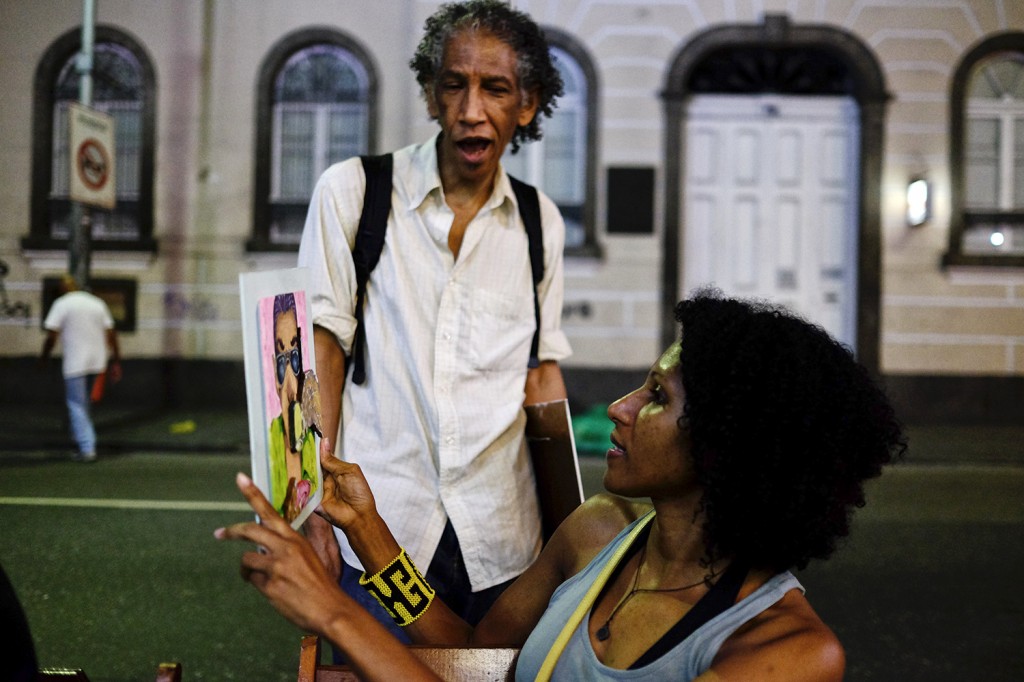 Cristiane talking to an art presenting his workin the streets of Rio de Janeiro. 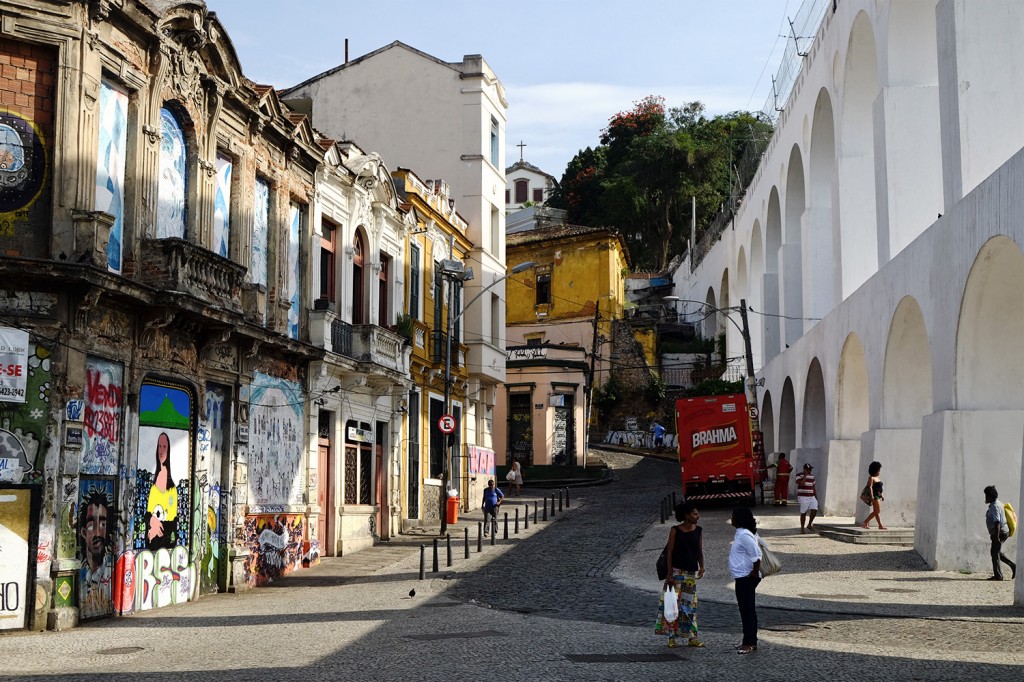 Cristiane meeting a friend near the Lapa Acrches in Rio de Janeiro.

Younger, I always thought, being 30 years old, what a great thing would it be! Such an important step… It was also a time when I felt the pressure of my family, always telling me “you are going to turn 30yo, you will not be able to have kids anymore”. But the truth is I don’t feel like I am a 30 years old woman! I need to count when people ask me how old I am. I think that age is only a matter of attitude and how you see life.

I definitely feel young either in my mind or in my body. I have to live until the age of 105, I still have a long way to go (smiles)!

CHANGES OR REGRETS? What are the things you would like to change? I don’t want to change anything, because, everything that happened made the woman I am today and I am truly proud of it. But If I have to pick one thing, I would have liked to enter University earlier. 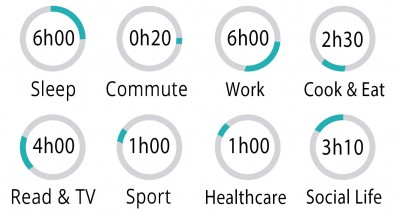 YOUR STORY IN 10 YEARS – What is the story you want to tell within 10 years? I want to experiment a lot of new things when it comes to my professional life and my current job. I don’t really plan a lot about my personal situation… I still have a lot of questions and doubts about what the future might be.

THE WORLD IN 10 YEARS – How do you imagine the world you will be living in within 10 years?  I would like to see Brazil in a better way: higher level of education, health and security and more respect above all. I think that Brazil is able to move and to take the right decisions in order to reduce the inequality between people and classes. When it comes to the world… I wish a higher level of respect as well as a higher level of freedom (speech and actions)… For instance I hope one day it would possible for anyone to travel anywhere without any boundary.

FEARS – What are you afraid of? I am afraid of the death of people I love….

ACHIEVEMENTS – What are the things you want to achieve?  I would like to travel around a world, to know it much better…. To know what is surrounding me…

DREAMS – What is your craziest dreams?  Going to the moon!! It would be the achievement of one of my passion.