“ At 30 I feel like I am trying to find the right balance in my life.” 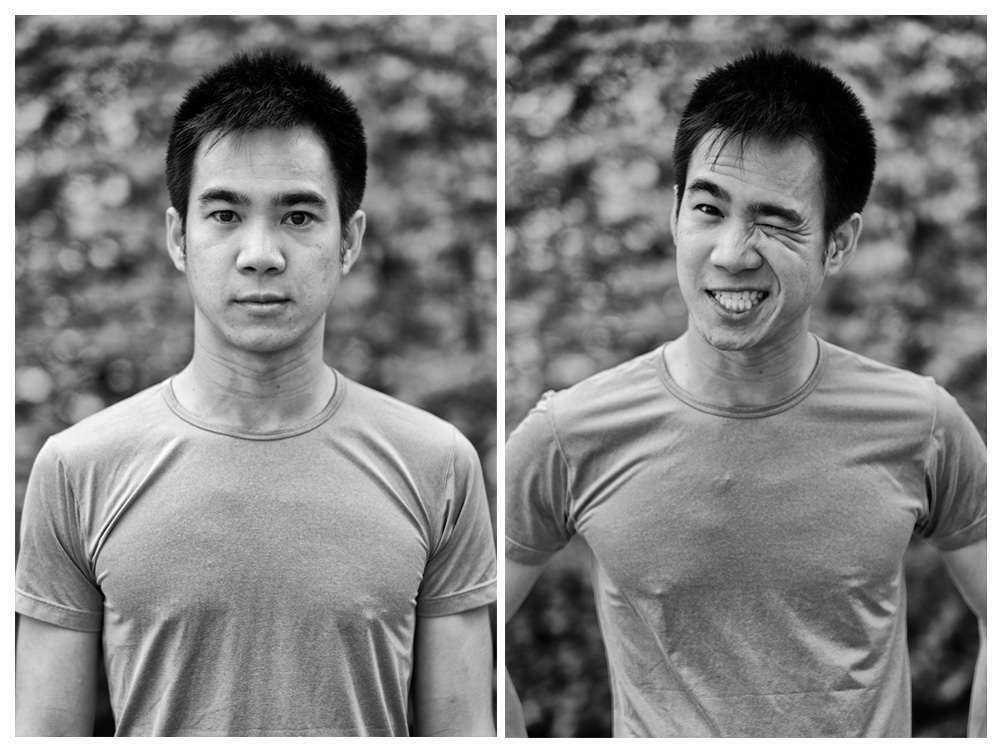 Education : Bachelor in Economics and Master in Contemplative Education and Transformative learning

At that time I wanted to be a veterinary because I loved animals and especially dogs! We had so many dogs at home and I wanted to rescue them!
Later, when I started study, I wanted to do something more fun, but without really know what it would be.
I did not really planned to study economics. It just happened because while I was passing exams for architecture, I also passed the economics exams and got outstanding grades so I decided to follow the path where I would be the best.

My retreat after my monkhood was the first time I was really alone, silently. I thought a lot about my life and I got the answer about my goals in life… I did not know which particular career I wanted to follow but it appeared to me as an evidence that I should help people grow and self develop.
HOME / PLACE OF LIVING – Where you thought we would be living by now?

I was born in a small town / village in the North East of Thailand but I always thought I would live in Bangkok because half of my family was staying there. It actually happened quite fast because my twin brother and I went to live with my aunt in Bangkok at 9 years old.
I was very ambitious when younger and the capital is where all the best schools and university are located so It was obvious that I would study here. I think that I also planned to live in a big city because there are more opportunities. 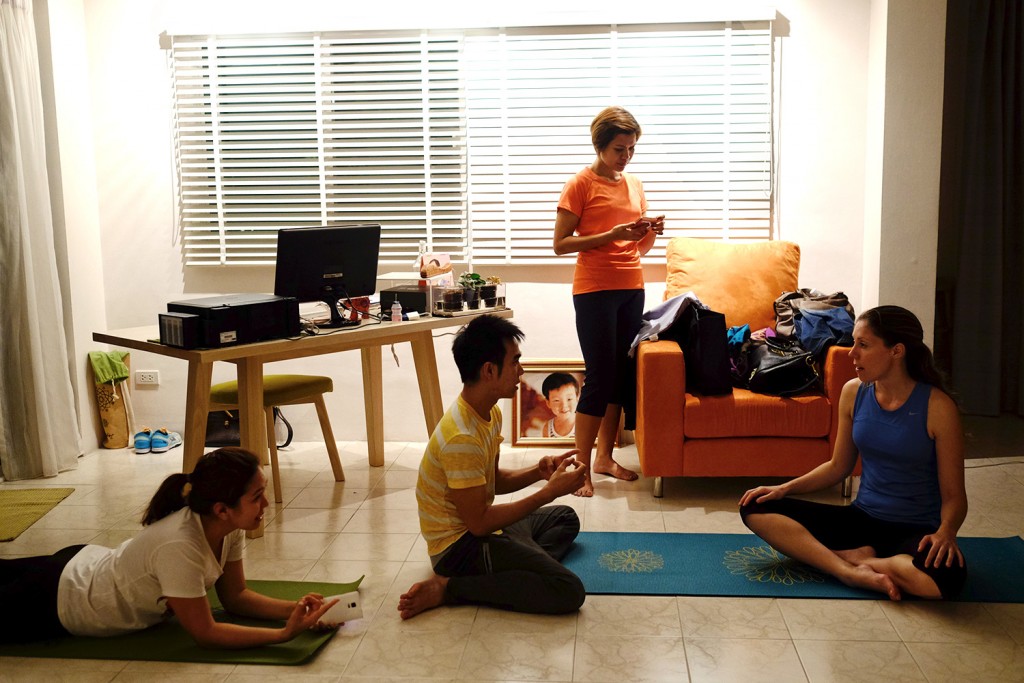 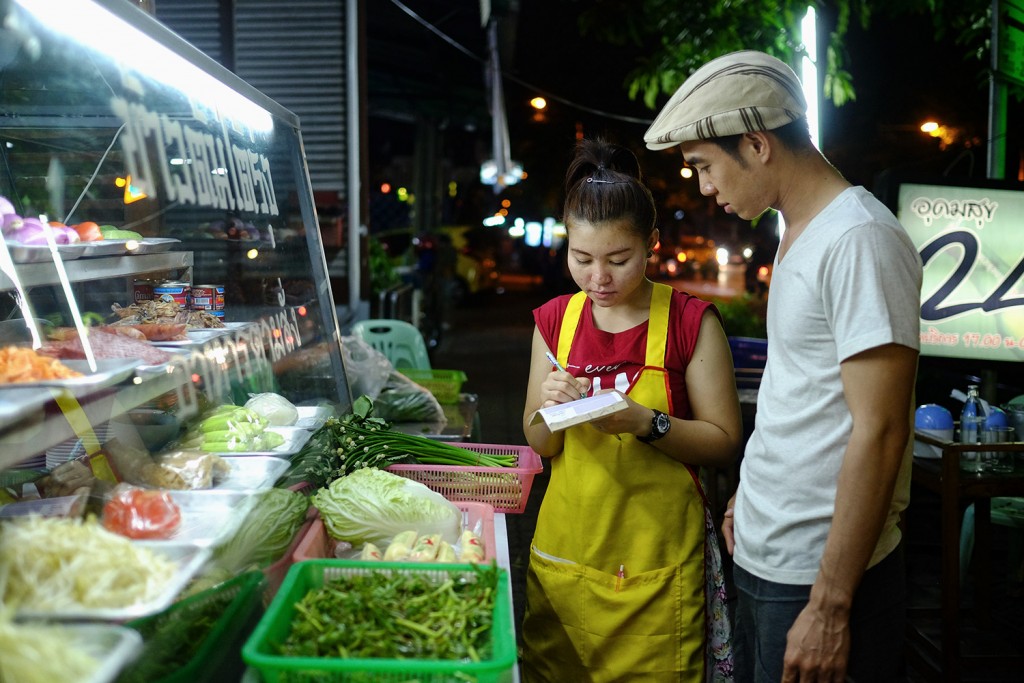 Jay ordering some street food in one of the many shops in Bangkok.

I would like to mention 2 major events. The first is the time when I was an exchange student in the USA (Texas) when I was 17. It really was a life changing event. It was not that impressive and not really an happy period of my life but it was the first time that I found myself alone, out there, out of my comfort zone…For the first time of my life I was independent and had to make decisions by myself.

The second event is the time I was when I started to be a volunteer during my university time. I was elected president of a club (50 people) which purpose was to send out and receive people who work abroad (exchange) and I had a lot of responsibilities. It is an important event because it was the first time I got to manage a team and a project.

Thailand : The 2010 flood in Bangkok really affected me in many ways because I actually witnessed it and it created a lot of damage. The worst thing is that in my opinion, it happened because of mismanagement mostly due to the political conflict currently going on.
One of the reasons why it was it affected is because it enabled me to see people as they really are, because in crisis time, some are willing to help and others are just selfish… So you discover who you can count on.

World : I have a lot of compassion for people and natural catastrophes always affect me a lot. Maybe because of this flood I witnessed in Bangkok. The earthquake and tsunami, provoking the explosion of the Fukushima nuclear plant which occurred in 2011 in Japan affected me so much that I even cried.
The earthquake that stroke Haiti in 2010 was also very painful for me because of all the lives that were claimed.
Recently I feel bad about the wars in Middle East, Syria, Palestine…

So hard to choose one… I think it was when I was meditating at a retreat for the first time. When I was around 24 yo, just after I became a monk (for few weeks like many Buddhists), I finished my monkhood and then decided to take a one-week meditation retreat.
It was the first time I was really alone, silently. I thought a lot about my life and I got the answer about my goals in life… I did not know which particular career I wanted to follow but I got inspiration regarding the values of the work I should do.
It appeared to me as an evidence that I should help people grow and self develop.

I am proud of that I featured in a few magazines and TV program for my work as a facilitator and my vegetarian lifestyle.
Few years ago, I even got an article for a quite famous magazine that my family reads and that I used to read as a child. Younger I remember that I even told myself that one day I would be a successful person and be featured in this magazine… And I made it!
These articles were also very important for me because my dad never thought that this type of career could bring me somewhere because I am the only member of my family who is not interested into business. When he saw these articles and interview, it changed his view on my work and this meant a lot.

10 YEARS AGO, I thought I would be mature, secure and independent by 30.
Around 20 I thought I would be a job in the entertainment industry, because I was doing some acting and dancing. I really like it at the time and wanted to explore more but it was very tough because you need connections to get job.
On a personal ground, I did not plan to be married and have family because my parents divorced when I was just 1yo and I also know a lot of divorced parents, so I did not think marriage is the answer.

TODAY, I do not think that I am mature yet, not the way I expected I mean. I am mature on the emotional and spiritual level but I am not really independent and stable… mostly because of my job as a freelance which is a quite unstable position…
This retreat made me change career toward working as a facilitator and a yoga teacher and I am very happy with the life I have today! 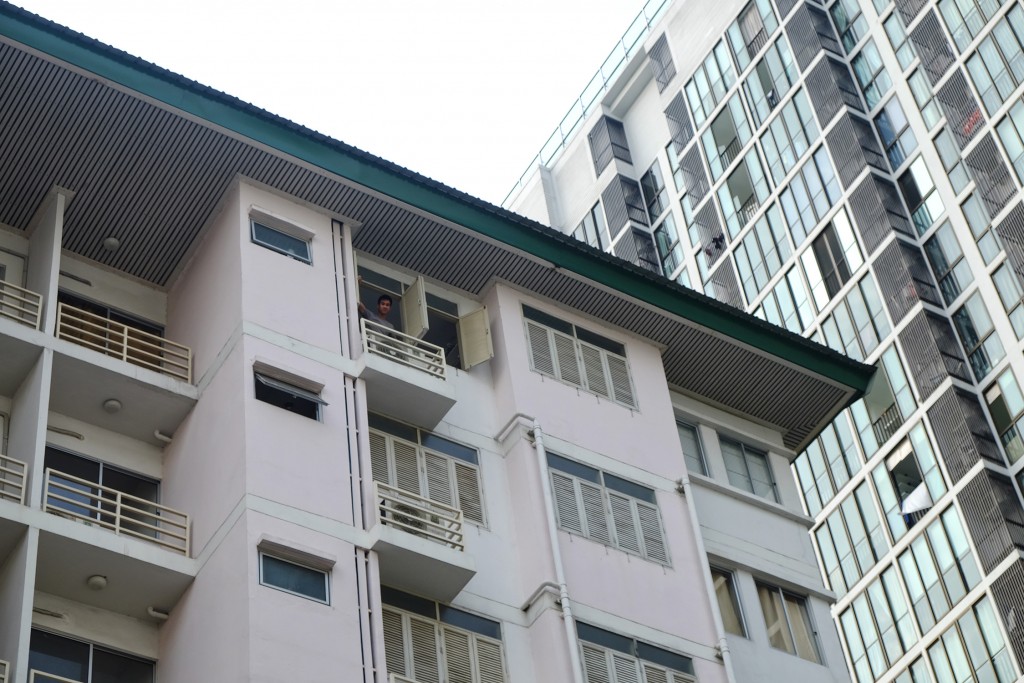 Jay lives on the top floor of this building in South Bangkok. 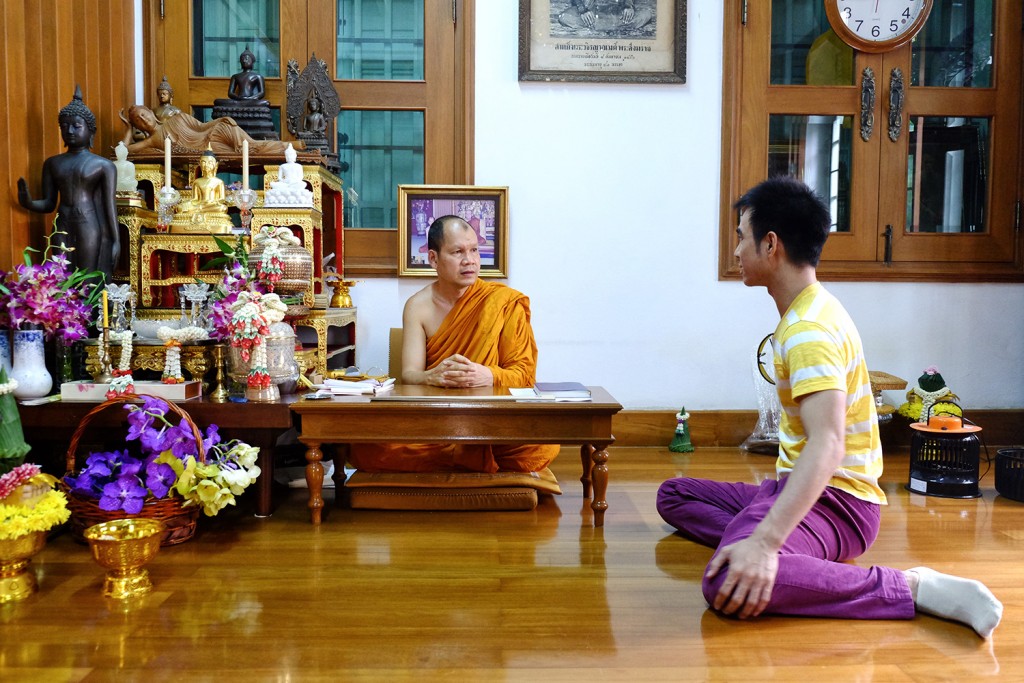 Jay paying a visit to the monk who was his teacher during his Monkhood.

30 is a big number…. Moving to adulthood, I needed a big change, and after a few tries I announced I decided to become vegetarian since.

I do not feel old… but not too young either.

30 is a big number…. Moving to adulthood, I needed a big change, and after a few tries I announced I decided to become vegetarian since.
I am not young, naïve, because I have had a lot of experiences in many aspects of life. In my 20’s I experienced a lot of crazy things and during my late 20’s I experienced a lot in the spiritual way. At 30 I feel like I am trying to find the right balance in my life.
I do not feel that old because I am a life long learner… I learn all the time and I still enjoy new experiences and take up challenges.
In my opinion, if you feel old it means that you have had enough and you are not willing to take more.

Oh and one last thing, I may also feel young because I look younger than my age ☺ even compared to my twin brother!

I used to ask myself this question and I could not answer because If a bad thing happened to me, I believed it helped me grow up… I lived some hard time during my childhood and even had some suicidal thoughts but this made me realize how important life is and made me listen my inner wise… I never gave up, always telling myself that a brighter future was ahead. 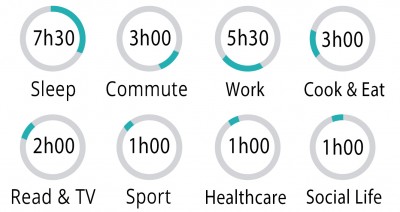 At 44… I still see myself helping people to grow and supporting them, but in a more concrete way.
I think I will be still living in BKK even if sometimes I imagine myself living in the mountain area in North Thailand in this very nice house with my own organic farm / garden, a self-reliant community around this place.
I think I still see myself single, raising my nieces, nephews…My twin may have 4 or 5 children so he will need my support and since he is my twin they would look as mine anyway ☺

Thailand : I think Thailand will remain a key influential country in Asia. Thailand is the heart of many things in South East Asia: Tourism, Spiritual, Entertaining industry; and I think it will stay like this.
The reformation and political changes that we are observing will enable us to go towards a more stable situation, politically speaking. If we did not have these fights within our own country we could focus on what really matters and make the country better but I am sure that the current issue will be solved with 2/3 years.

World : I am an optimistic person so I still see good things coming…. One of the keys will be the development of cooperation among regions, ASEAN for instance will follow the steps of the EU.
People will search for more spiritual support in this very materialistic world and I hope that new generations will be able to bring people together.
Nevertheless I am a bit worried about what could happen with the omnipresence of technology in kids lives… Young people can type faster than write… But I believe they will make good use of this technology.

FEARS – What are you afraid of?
I am afraid of loosing my mind…. Because when one is not conscious, one can do anything that hurt oneself or other people.

ACHIEVEMENTS – What are the things you want to achieve?

I want to lift up my spiritual level an be more connected to the universe… Still making my best to inspire people and help to change the world on a positive way. I am thinking about this community of chain agents which goal would be to change the world on many grounds (Business, Family, etc), strong enough to create a domino effect.

DREAMS – What is your craziest dreams?

I would like to make friends with a alien! That could be so cool and would learn so much… I also wish that
I can still be healthy, wise, smart, fit at the age of 120 years old.