“ They say that in your 30’s you settle in your identity, and I feel that’s very much truth…” 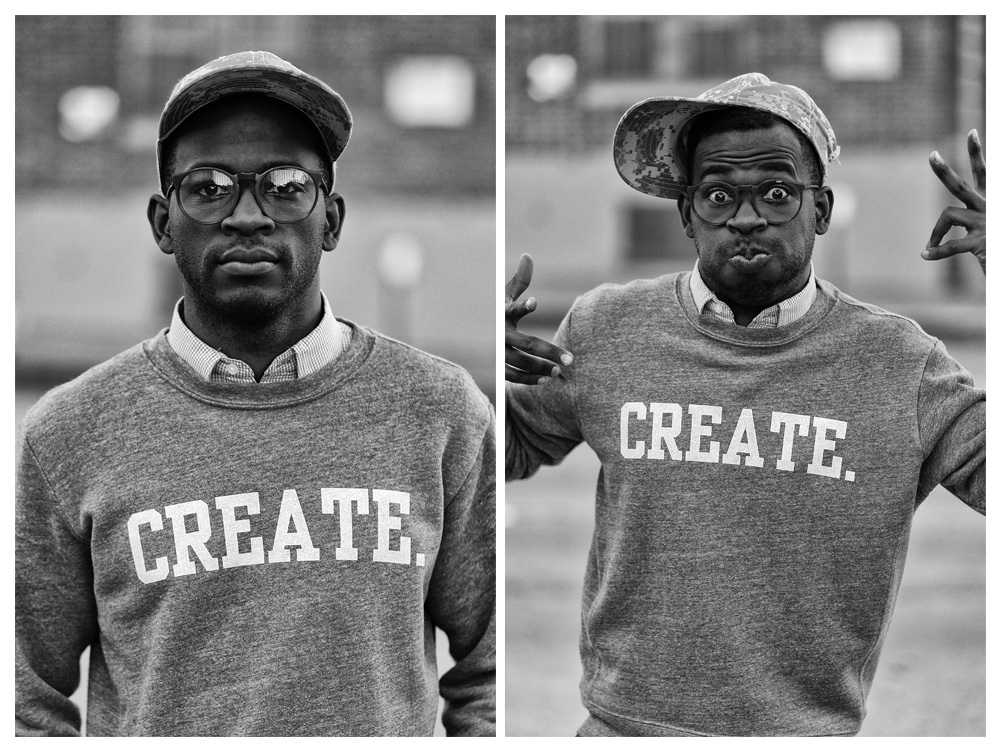 When I was young, I thought I would be a versatile scientist, working in many fields because I have always been interested in many different things but never knew what to focus on… Chemistry, medicine, philosophy… Actually, it is quite similar to what I am doing now since I am involved in many different areas (Socks company, Publishing, Music, Dancing, Model).

In Iraq… Everyday something that was blowing up. The fact that a bullet could kill me in my sleep worried me so much…

My taste for diversity was very important in all my previous experiences as I spent 5 years in the army working in logistics, which enabled me to travel a lot (Iraq, Germany, Italy, Alaska, Korea, Thailand) and to perform (dancing and singing). When I left the army, I decided to settle in LA and got a few jobs to pay the bills but from then I knew I needed to be self-employed.

LA!!! I was raised in Virginia but I always knew it would be LA because of the weather!! I have hated cold weather all my youth when I was living on the East coast. My parents moved several times for work but always East coast, I was not lucky! 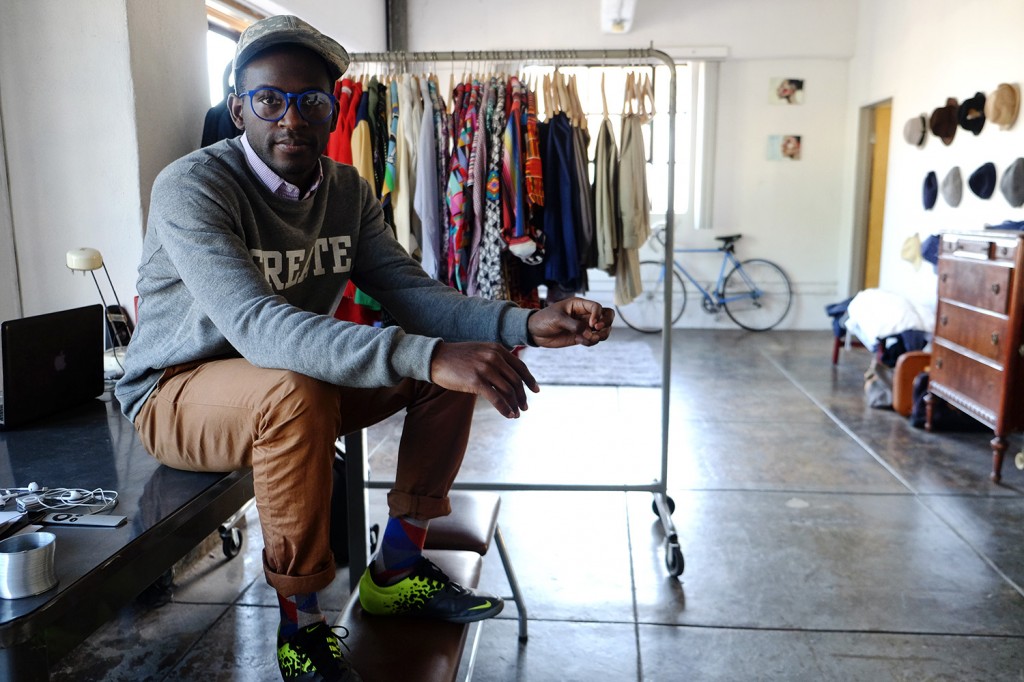 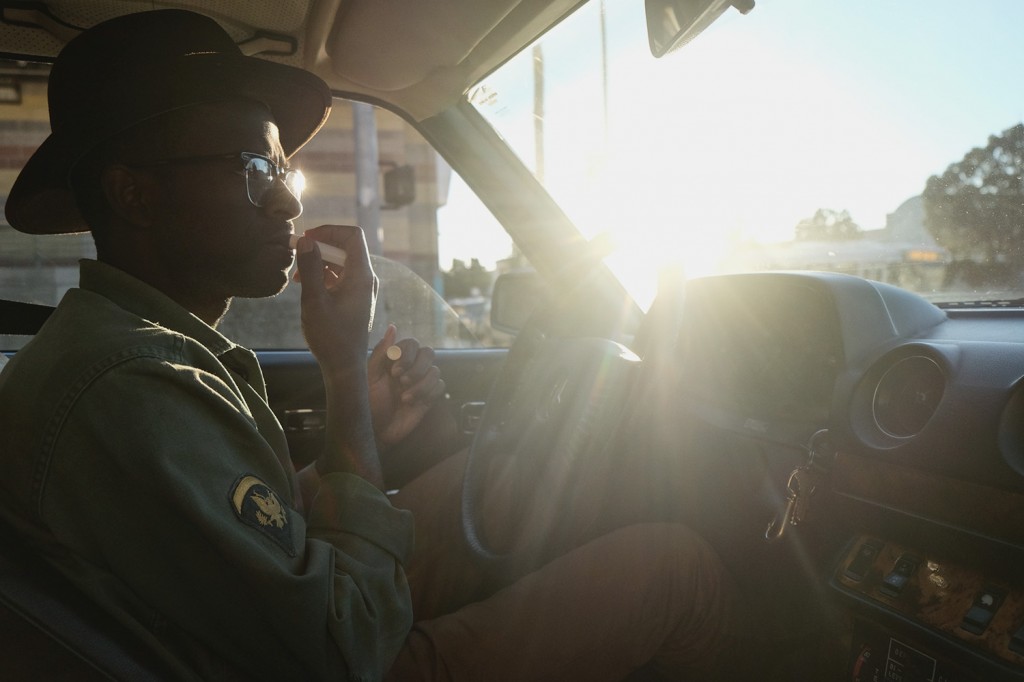 IN YOUR PERSONAL LIFE – What are the most memorable event of your personal life? My mother passed away 2 years ago…. For me that is the biggest thing… I was very close to her… She had cancer and it was a huge deal even if we saw it coming because she was sick for about 2 years, but it was so quick…

Before that, I also remember the time I spent in Iraq. Being there, where there is so much violence… everyday something that was blowing up. The fact that a bullet could kill me in my sleep worried me so much… We all face mortality in our daily life as we can get hit by a car but it is not as obvious… and it is never intentional as it is during a war…

9/11 of course… It was really crazy… I was a young man, only 16 years old when it happened, seeing this buildings collapsing… I thought it was a movie! First I told myself it was an accident but then realized that someone did it on purpose… This changed my life in some way because it was the main reason why I decided to join the army… I joined the army 2 years after 9/11 because I wanted to give back to my country.

Another event that was very important was hurricane Katrina because I did not understand why the USA army was sent with guns over there… They should just have food!

Lately, few events were also important like 1)  Haiti and the mobilization of people all over the world with texts; and  2) Ebola because it is quite scary to think that some ancient decease can come back and kill us.

A positive event would be Jay Z and Kanye West doing the Watch the throne tour, cause I think its cool!! I did not get tickets cause seemed to be just a concert and did not realize how big it was when it happened…
BEST MEMORY – What is your best memory?

I can’t say my greatest… But one of my greatest was when I was rap-battling in high school in palm Dale using my words, my wit and my brain to combat others.

Another good one would be running in my first marathon in Dubai… Was so hot!! I was melting! Was my first marathon but I don’t think I will do it again!
GREATEST ACHIEVEMENT – I wish I could say solving the Rub’is cube but I haven’t done it yet!  So… my greatest achievement is the fact that I have been able to survive over the past years without being employed by a company.  Being and doing what I want and making it work.

10 YEARS AGO, I did not think too much about what it would be like at 30, but more at 27… Cause I was not sure I would pass 27… 2pac died at 27, Kurt Cobain died at 27… Amy Winehosue died at 27…  But I always thought I would be doing something creative, artistic.
Nevertheless, I definitely thought I would be rich by now! Like really rich.
I never pictured myself in a relationship in the future and even today I think I will remain single for a few years.

TODAY, I’m not rich! But I am doing ok financially…. I carry out my thought about being artistic, eclectic…  I think I am compliant with myself…
Actually, I used to write these letters to myself when I was 8yo and I would read them every 8 years… So I wrote one when I was 8, 16 and 24 and the next one will be at 32. The idea was to read it 8 years later and to see if younger self would approve of who I became 8 years later. From my second letter, I set my goals in life:
1)    Choose how I spend my day
2)    Meet new people
3)    Express myself openly
If, when reading my previous letters I thought I would think I went too far away (like joining the army for instance) to a point that the previous version of myself would disapprove, I would refocus… 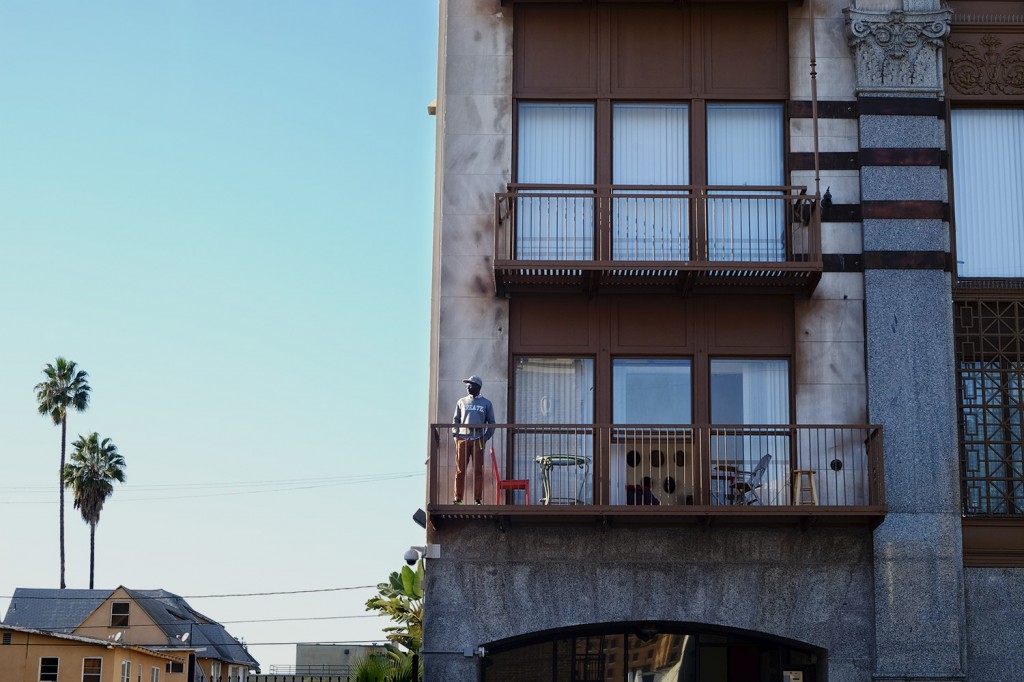 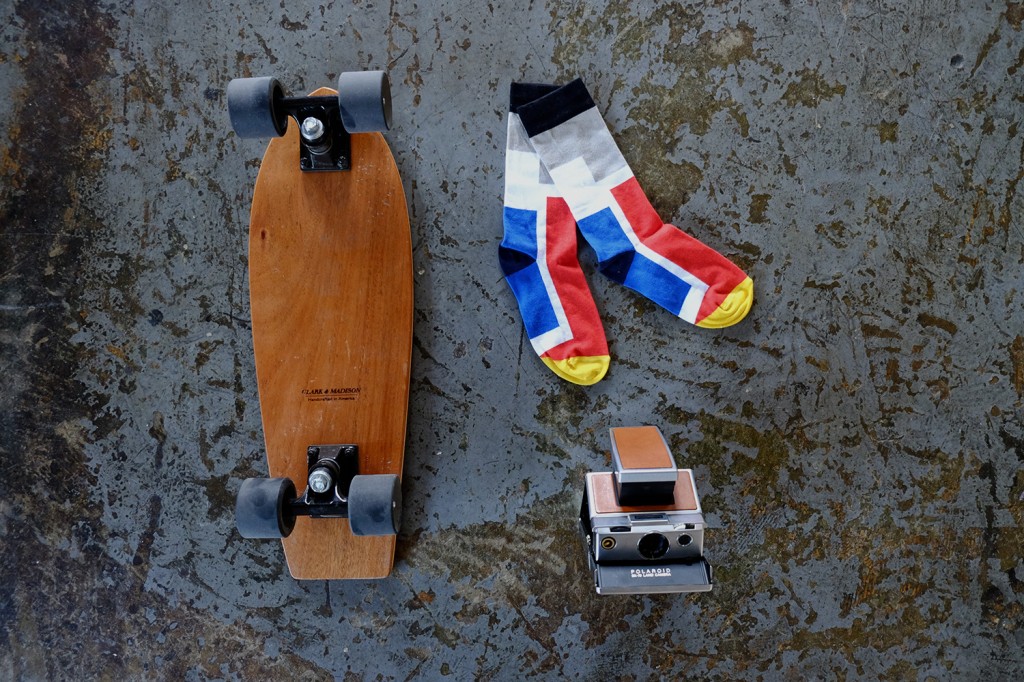 Maceo choosed 3 objects: 1) His skateboard because it is onne of his passions and always have one with him or in his car 2) A pair of socks that represent his job as an entrepreneur 3) A Polaroid SX-70 because he loves to meet people and often photograph them with a Polaroid because they cannot be Photoshopped, those are just « real » photographs…

WHAT’S NEW? – Did you notice some changes since you are 30 YO?  They say that in your 30’s you settle in your identity, and I feel that’s very much truth… Your 20’s have been about discovery, experimentation, making mistakes and finding out what you like and matters to you.

I am a bit more conformist, before I wanted to change the world and I was an idealist. Now, I understand that some things cannot be change and that we just have to with it.

CHANGES OR REGRETS? What are the things you would like to change? Sometimes I regret I did go to college… I think this degree would help me so much in my networking …It feels like I have to start over because 10 years ago I was in the army and all my friends from the army are probably still there…

On the overall, I’m doing fine because I very social but it is still something I think about. Especially when I speak to academic people… It’s a qualifier…

Nevertheless, sometimes I am very proud of b 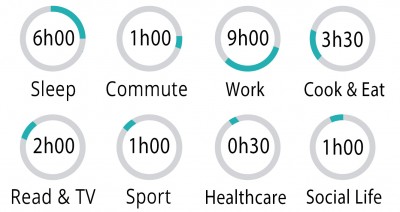 YOUR STORY IN 10 YEARS – What is the story you want to tell within 10 years?
40… Would be the following letter… What could it be? I would want to be personally fulfilled, happy and have positive relationships without compromising who I am.

In 10 years, I see business behind me and by then I will begin research…. Physic, Mathematics, for instance.

On personal grounds, I think I see myself potentially married, but not really with kids… I don’t see it today…. But actually everything is open!

I think the future of USA and the world they are bounded… So I will address the question simultaneously.

I think that the UN will be the governing body for the entire world; a coalition of countries with similar democratic and pseudo-capitalist values with social underlying.
I see the USA loosing power from superiority but it would leave room to other countries to influence the global market.
I think Japan will be the first economic power in the world…. I doubt about China and place them number 2 because have so many social issues that it will be hard to manage and rebellions may happen… I
In the end I really think that globalization will reach a further step and that be world will just melt all together… maybe we will even have the same currency on a world level!

FEARS – What are you afraid of?  I am afraid of being unhealthy. Nothing is more important to me than my heath because that is where my independence comes from.

ACHIEVEMENTS – What are the things you want to achieve? I want to go to the Olympics…Fancy one! Maybe it’s more a dream… But I really wish I will make it!

DREAMS – What is your craziest dreams? Oh that one is really crazy.. I want to be the godfather or one of the founders of teleportation… such a huge innovation that would change the world we live in…