“ The only thing that changed is that, when someone ask my age, I try to avoid saying it” 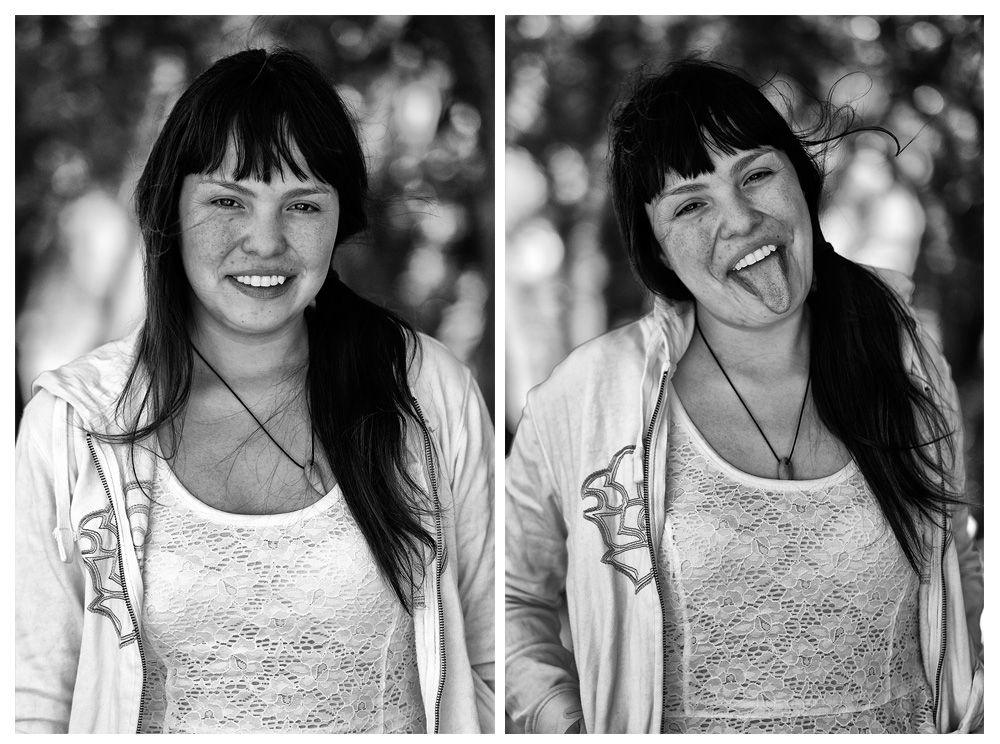 As a child I wanted to be a veterinary because I love animals. I don’t know why I did not study for it…because even today I would love to work with animals…Between cats, dogs and chickens I have plenty a home! Instead I studied Agronomy and applied for a for in an NGO that sent me to Puerto Tranquilo which let me to work in the tourism industry.

Under Pinochet’s government, people were scared to express themselves because of repression… there were curfews… Freedom of speech just did not exist.

I didn’t really thought about it at the time but I would say that I imagined myself living in my birth city or pretty close (Valparaiso, Vina del Mar). 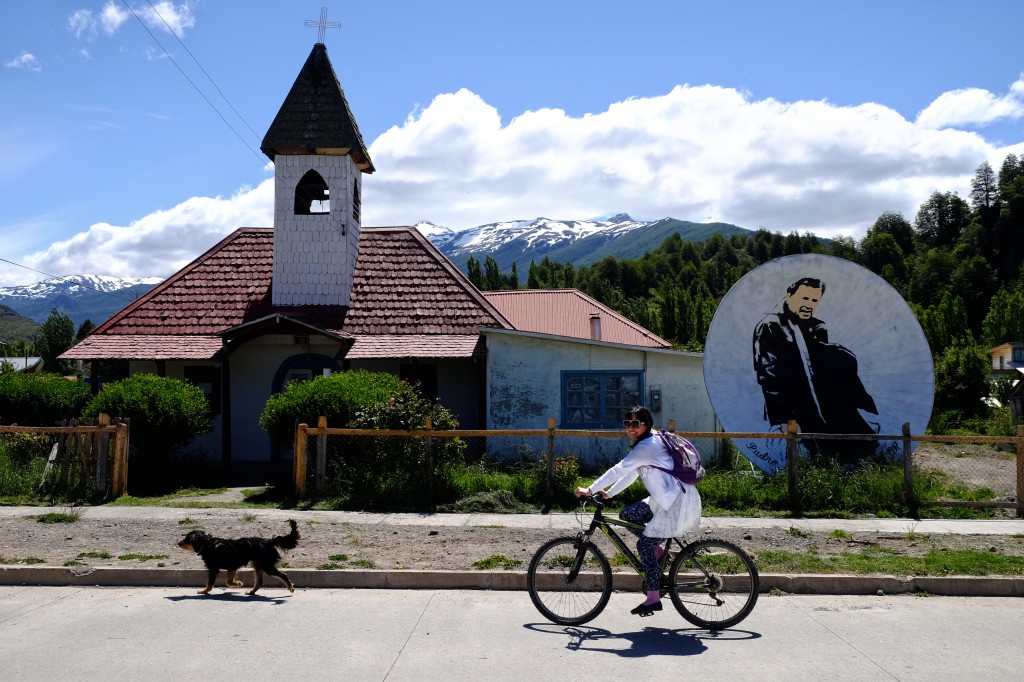 Magdalena has a 3 minute bike ride to work. 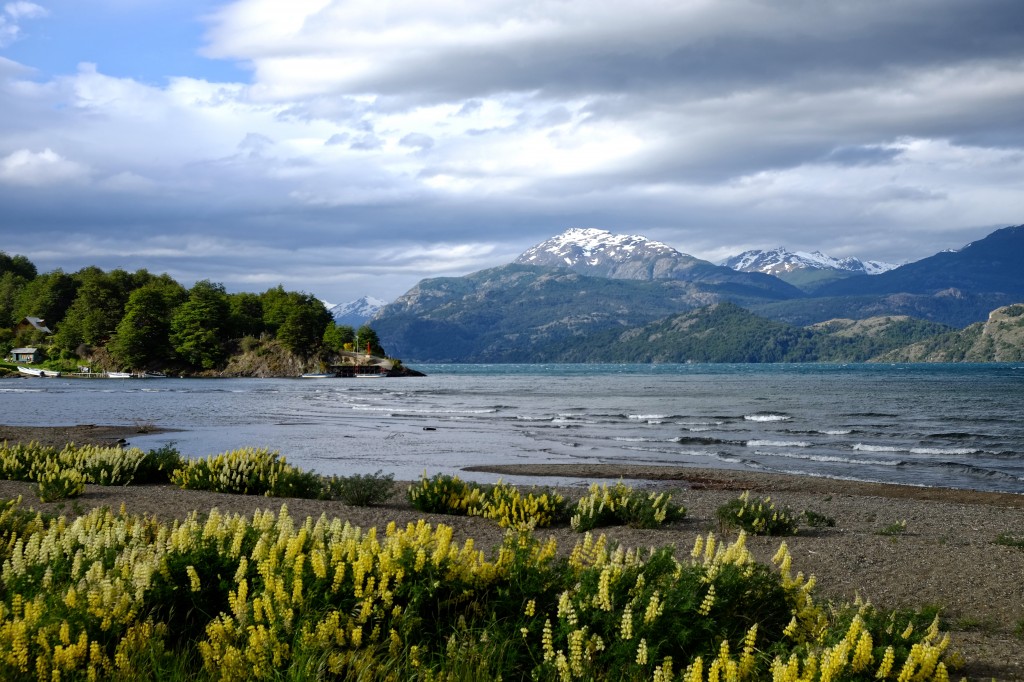 Magdalena’s favorite spot is the General Carrera Lake… A gorgeous lake split between Argentina and Chile.

The separation of my parents when I was 13… Even if the breakup was pretty smooth, it was really hard because my sister and I had to choose with whom we would live (she was 18 at the time). We decided that no matter what we would stay together… and choose to stay with my mother. My father was living close so we would see him often.

My moving here was very important… I was supposed to stay here for a year… just a year, working for an NGO involved in this art craft community. This year was very important for me and I fell in love with the way of live in Puerto Tranquilo : relaxed, noiseless, stressless, close to nature… Here I learned to live… not to work… Cherry on the cake, this is also where I met my boyfriend…

The first thing that comes to my mind is the end of the Pinochet’s dictatorship in 1989. I still have in mind the demonstrations in the streets and I remember that we would take the streets with flags saying “NO”… Because there was a referendum and Chileans were asked if they wanted the military government (Pinochet) to carry on. It was a huge fight for democracy and the “NO” from a political campaign funded by the left wing.
Under Pinochet’s government, people were scared to express themselves because of repression… there were curfews… Freedom of speech just did not exist.
When I moved to Patagonia, it was very interesting to see that over here, people do not hate Pinochet as people do in the North. The main reason being that Pinochet’s government helped the region to be much less isolated by developing infrastructures (builing the Carretera Austral for instance).

When my half brother was born! It was so special… When we learned the news, my sister and I were so happy… Moreover, my father’s partner had some problems during pregnancy and we had to help her a lot. I saw him the day he was born and it was amazing…He was horrible ☺, I was scared, he was so ugly ☺ (laughing)

I am proud of the life I have now…. That I was able to get away from the way of life that the majority of Chilean have… Working… and Buying…. In other words, the consumerism… It is really hard to get off this system because we are so used to it… and everyone around you does the same. In modern societies, What you own defines who you are… I am really proud of the way of life I have here in my little town but I am still in contact with a lot of friends and try to go back to the civilization often ☺.

10 YEARS AGO, At 20, I thought I would be living in Vina del Mar or Santiago, working in my field (agronomy)… Married with children for sure! People in Chile usually have chidren between 25 and 30.

TODAY, well my life has nothing to do with it… but I am so happy here in Rio Tranquilo. 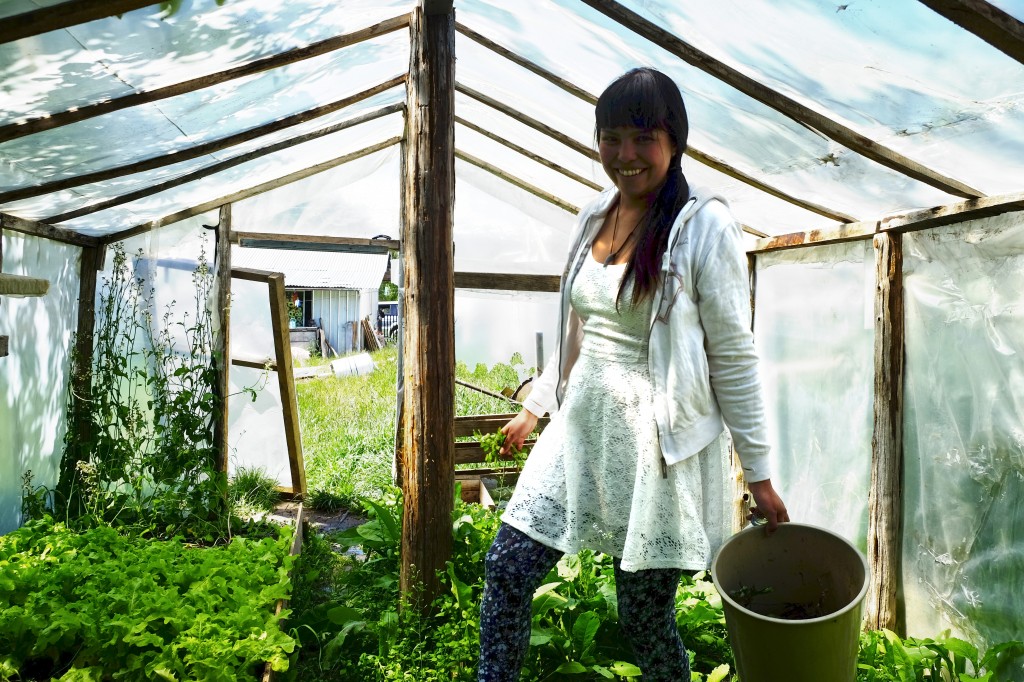 Magdalena has a greenhouse in her backyard where whe grows herbs and vegetables. 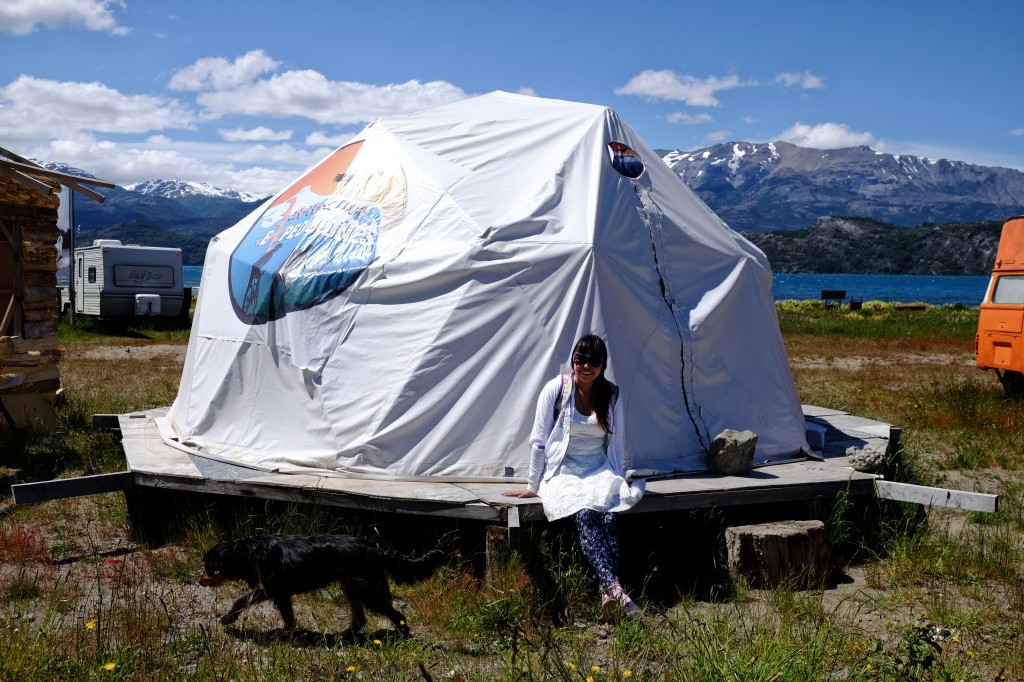 Magdalena works as a manager of a tourism company in Puerto Tranquilo.

WHAT’S NEW? – Did you notice some changes since you are 30 YO? I

No… The only thing that changed is that, when someone ask my age, I try to avoid saying it ☺
Especially because my boyfriend is 7 years younger than me! So I try to avoid their reaction because in Chile,men are usually the oldest one in a couple.

Everything that happened brought me here… and like I said, my major achievement is my life today… the way I live….

Young! Definitely! I see myself as a young woman and feel young! I feel I still have so much to do in life. I would like to have children but not yet… I still feel young for that, and my boyfriend too… If when we bith feel ready, I would not be able to have children anymore, we may think about adopting. Which is quite difficult…. For instance, we would have to get married, which is not in our plans.

Everything that happened brought me here… and like I said, my major achievement is my life today… the way I live…. 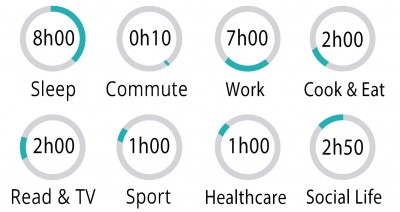 I think I’ll still live around here…But, if Rio Tranquilo develops too much (because of tourism) I think we w move somewhere else. But we would have to find what to do for a living! We would be parents by then, that’s for sure. If we stay here,I think I would like to keep on doing my job as tour operator, because it enables me to meet many people, to speak English.. I work mainly outside, I am not locked in an office.
I work for myself (Magdalena is one of the 4 partners) so I don’t have justify of my actions to anyone.

Chile : I would love Chili to change a lot…Following the road that Uruguay and its president (José Mujica) is taking. He is a left wing president, very close to people. He has a lot of ideas, legalizing marijuana, giving away 90% of his salary to charities. He only has little left, like an average citizen of his country.
I wish Chile’s educational system was better : free and quality for all.
And actually it is the same when it comes to our health system… It is so expensive and unfair…
I wish the AFP did not exist (provisional funds for retirement hold by private companies) because they are very insecure and dark, you don’t know where your retirement money is invested and don’t have access to it.

All these things were put in place during the Pinochet’s government and are very hard to change now. If we truly want big changes, we would have to change the constitution… Which is something that is in the air…

World : I see it has it is today… The way of life, the capitalist economic system will keep on going… That’s the way we are… We always want more… Developed countries will not be able to get out of this system and developing countries dream about it…

FEARS – What are you afraid of?  I can’t say I am really afraid of something.

ACHIEVEMENTS – What are the things you want to achieve?

I was lucky enough to travel a lot and I know a lot of places… But I think that I would love to learn how to dive! It’s not very common in Chile but I really enjoyed it when I tried. I want to be able to dive by myself and make it as a dive master.

DREAMS – What is your craziest dreams?